Kelly Creagh is the author of the Nevermore Trilogy, Nickolas Claus and other books filled with darkness and light. Her stories often explore themes of duality, the shadow self and heroes (and villains) who find themselves battling their own psyches. Creagh's major literary influences include Edgar Allan Poe, Charles Dickens, Gaston Leroux, Susan Kay, 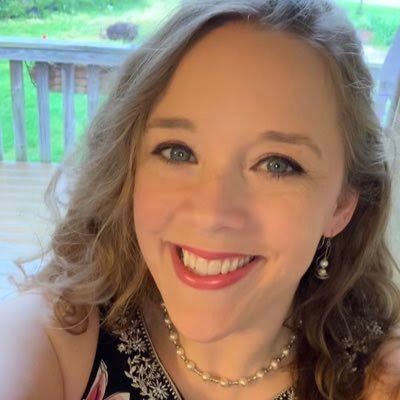 J.K. Rowling, Robin McKinley, Stephen King, C.S. Lewis, Robert Louis Stevenson, Lewis Carroll, Libba Bray, Holly Black and too many more to name. She holds a Bachelor of Science in Theatre Arts and a Master of Fine Arts in Writing for Children and Young Adults.

Titles have always been tough for me. I actually tend to title my books with a poetic mind, but when they reach the publisher, they usually receive a much more straight-forward title. This, I feel, has really worked out. Through the process of revision and editing, I get close to my work, and so the bird’s-eye view titles don’t occur to me. In the instance of Phantom Heart, I think the title accomplishes a lot toward conveying what the story is about. The word “phantom” seems particularly pivotal since the novel is a modern retelling of Gaston Leroux’s gothic classic, The Phantom of the Opera. So, one look at the novel’s cover and title will convey this to the reader, which is a huge plus when it comes to reaching the intended audience. Additionally, Phantom Heart deals with a missing heart and a shattered soul. My phantom character is in an interesting predicament that leaves him with few options regarding how to deal with Stephanie, the protagonist, who has moved into the dilapidated mansion he is bound to through a curse. As the story progresses, the issue of the absent heart compounds the danger, and ultimately raises an interesting question. Can a person’s heart ever truly go missing?

Names are one of my favorite things to tinker with when writing, and Phantom Heart was no exception. In Gaston Leroux’s original novel, the protagonist is a young soprano named Christine. For my retelling, I did want a heroine with a strong “I” in her name to mirror Christine’s. However, Stephanie is quite different from Leroux’s ingénue, and so I also wanted to give her a fresh introduction as her own person. Additionally, the novel took inspiration from a song called "Stephanie" by El Radio Fantastique. I do not know where or how I stumbled upon the song, but it certainly stuck with me—for years! I had so many questions about the strange lyrics and what the story behind them could possibly be. The song itself is pleasantly odd and ominous, too. I remember listening to this song back in 2010, and I think it just stuck with me and inspired my subconscious. So, as a nod to this slice of inspiration, I named my heroine Stephanie.

In Leroux’s novel, there’s a love triangle. One of the love interests is of course the phantom, and the other is the Viscount Raoul de Chagny. I took inspiration from this name and also from Lon Chaney, who famously played the Phantom, and named my ghost-hunting Raoul-inspired character Lucas Cheney. Phantom fans will find several other names in the book that are direct nods to characters from the source material.

Finally, since I’m such a huge Edgar Allan Poe fan, and because I owe so much of my inspiration and success to him, I always find ways to pay homage. In this instance, the house Stephanie’s family moves into is known locally as Moldavia, which was the name of Edgar Allan Poe’s childhood home in Virginia.

My teenage self would be geeking out. I actually wrote Phantom Heart with my teenage self in mind, since The Phantom of the Opera is my all-time favorite piece of classic literature. In middle school, I was absolutely obsessed with book, and I carried my paperback copy everywhere. I used to draw scenes from the novel during math class. I still have both the drawings and the beaten paperback novel. I read the book several times both in middle school and high school, and gobbled up any retellings I could get my hands on. I think if I were to travel back in time and tell my middle school/high school self what we would one day accomplish, she would be quite proud of me.

For me, endings have always been the toughest part. Phantom Heart, however, turned out to have a very tricky beginning. While the first chapter hasn’t changed dramatically, the second chapter changed many times. Actually, the whole book underwent several massive revisions. I don’t think I’ve ever revised so much on a single project, and I do a lot of revision, since that’s one of my strengths. That said, I always knew how the book ended. And while the content on those final pages has changed from earlier drafts, 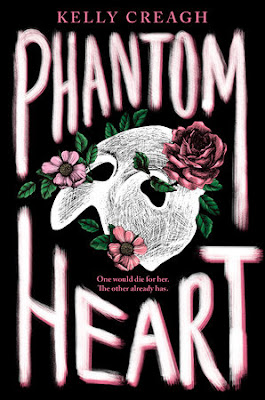 the ultimate outcome of the story has not. Historically, though, my endings have always received more overhaul than my beginnings.

I think writers can’t help but imbue their characters with some aspect of themselves. While I’m very different from Stephanie, who has an analytical mind and loves math, physics, and science, I think I’ve instilled her with some of my dry humor. And it is my hope that my readers will see a bit of themselves in my phantom character. During the course of the novel, he wages a war with various aspects of himself, all represented by their own mask. I think we all wrestle with masks and facets of our shadow self. In my mind, that’s what the Phantom of the Opera is—a character who represents the dual nature of humans. He is beauty and the beast—a character who strives for the light but struggles with his own darkness, which is something I think most people can identify with in some capacity.

I draw a lot of inspiration from my friends, my family, and people-watching. I’m always picking up on conversations and interactions, and storing unique sayings and personality traits. Always, I’m threatening to put my brothers in my next novel so they remain wary of vexing me. Music also inspires me as well as travel. Art is another wonderful source of inspiration. My mind plays with lyrics and visuals, so I always have both a playlist and a Pinterest board going while I’m drafting and revising a project.

Coffee with a Canine: Kelly Creagh and Annabel (September 2010).

Coffee with a Canine: Kelly Creagh & Annabel, Jack and Holly.