Adam Simcox is a London-based filmmaker who’s shot commercials for brands such as McLaren, Primark and Vice, and music videos for Britpop veterans as well as fresh on the scene 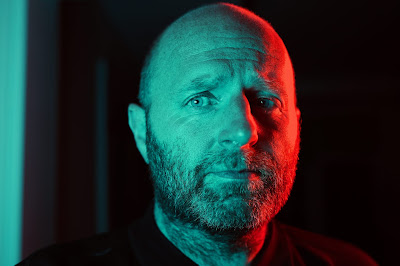 alt-country stars. He began his film career by writing and directing three features: the first sold to Netflix; the second and third won awards and critical acclaim at festivals worldwide. He is a graduate of the Curtis Brown Creative novel writing course.

I’m usually terrible at picking titles. It’s something my friends mock me for, unmercifully. Much like the opening chapter which came to me in a dream, The Dying Squad just popped into my head. It’s based on the mobile unit used by the British police, an agile grouping of coppers that could operate across London without adhering to divisional policing boundaries. My flying squad are similarly agile, solving crimes their living counterparts can’t. And they’re, you know, dead, hence the name. Fingers crossed the title gets across the irreverent style of the book, too.

I never promised subtlety with The Dying Squad — it’s essentially Line of Duty, stitched together with Ghost — and that can be seen in the name of our hero, Joe Lazarus. Joe begins the story staking out a Lincolnshire farm house; when he storms it, he finds his own bleeding out body and a ghostly spirit guide called Daisy-May, who’s there to recruit him to The Dying Squad. With that in mind, giving him the surname of Lazarus seemed to be the appropriate (if wildly unsubtle) thing to do. The really weird thing is, an early reader and good friend told me he had a friend called Joe Lazarus. Real life people shouldn’t be walking around with cool, pulp fiction names. It’s unwholesome.

Definitely beginnings. With the exception of The Dying Squad, the start of a book always seems to be a bit of a moving target to me. I’m in the process of writing books 2 & 3 at the moment, and the beginning's the thing that’s changed the most. It’s because it usually involves the crime in the living, breathing world; they’re the parts I enjoy writing the most, but they’re also the most challenging. The end, 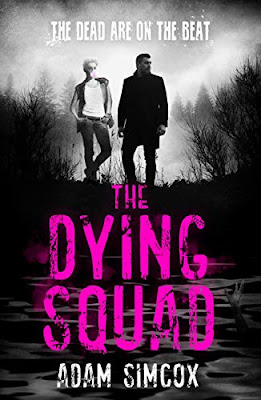 I almost always have in mind. That makes it a hell of a lot easier when you’re writing it, as you always have something to aim for.

I think it would be strange if elements of your personality didn’t feed into your characters. Daisy-May seems to be a lot of early readers' favourite character, and she’s probably closest to me, in terms of voice. I remember reading once that the best way to find your voice when writing is to write how you talk: for better or worse, that’s what I do. She’s quite sarky and deadpan, which I am too, I guess. Joe has a certain cynical, world-weariness that I can definitely relate to, as well.

So many. I love the films of Shane Meadows, and have tried to bring his mix of grit, humour and heart into my own work. My background is in film, so that informs my writing style; The Dying Squad book 2, for instance, is very much influenced by Seven and Heat. Music is hugely important to the way I work, too; I’ll often create my own temporary soundtracks to write to. I find watching live music often sets off ideas firing, which is one of the reasons why lockdowns have been so tough.

My Book, The Movie: The Dying Squad.