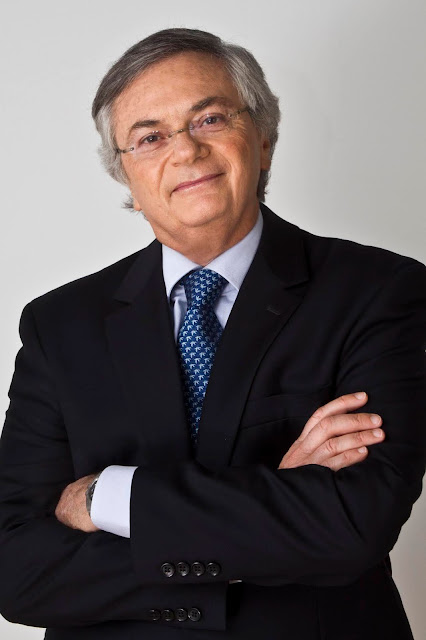 Moisés Naím is a Venezuelan author and prize-winning journalist whose writing on international affairs is read worldwide, appearing in such publications as the New York Times, the Washington Post, Newsweek, Time, El País, and many others. He is the author of twelve nonfiction books, including Illicit and the New York Times bestseller The End of Power. A former contributing editor to The Atlantic, Naím was also the editor in chief of Foreign Policy magazine for fourteen years.

Two Spies in Caracas, his first work of fiction, is based on his experience as a former member of Venezuela’s economic cabinet. Naím lives in Washington, DC, with his family.

This is a story of two seasoned spies who work undercover in Caracas, the capital of the country with the largest reserves of oil on the planet. The century-old alliance of Venezuela and the United States has been broken, and Hugo Chavez, a new charismatic military leader, now controls the country. Instead of closed links with Washington, he wants close ties with Havana. The CIA sends its best operative – a woman – to Caracas to lead the effort to stop Venezuela from falling into Fidel Castro’s lap. Castro, in turn, has sent one of his top agents to Caracas with the mission to neutralize the US influence. Inevitably, the two meet – and like each other. A lot happens until they discover who is the person they love. Thus …Two Spies in Caracas.

The title, the opening phrase, and the last paragraph: these three elements deserve –need –the most attention. I have watched as excellent columns, interesting cover stories and book covers are undermined by a forgettable title, a mediocre cover, an unoriginal opening phrase, or an unsurprising end. Fortunately, none of the editors in the many countries where Two Spies in Caracas has been published asked me to 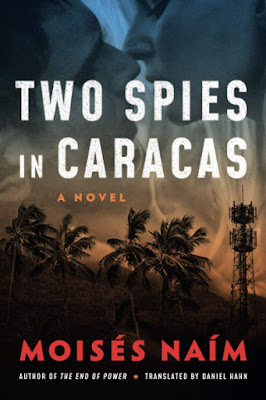 change the title. Even when I told them that I would consider changing the title if they –who know the audience—felt that a different title would be better. It was reassuring when they didn’t want to change the title.

A young me would have been completely surprised by the story of my first fiction book but not by the fact that I managed to write one. The surprise would be to realize that the democratic country in which I grew up was no longer a democracy.

As I said, these are two critically important elements. I give them a lot of thought and change them often. The first title I use is never the one we (me and the publisher) pick for the published book.