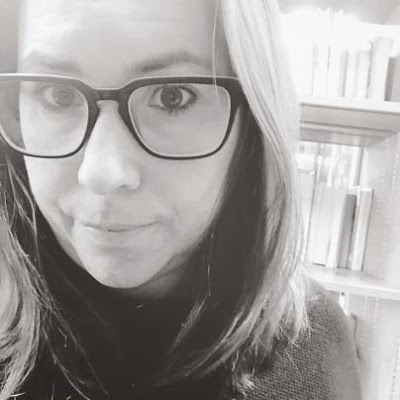 Ally Malinenko is a poet, novelist, and librarian living in Brooklyn, New York, where she pens her tales in a secret writing closet before dawn each day.

Her new novel is Ghost Girl.

I think Ghost Girl as a title does a decent amount of work. Maybe it’s a story about a girl who is a ghost. Maybe it’s a story about a girl who sees ghosts. It could go either way. But two things are definite – there’s a ghost and a girl. And that is factually true in the book. That said, I feel I should mention that I did not come up with the title. My publisher did. My book was originally called The Trick of the Devil. We had a list of other potentials but landed on Ghost Girl. Now I can’t imagine it being anything else. Words are funny like that.

My main character's name is Zera. Zera is a name I made up (apologies in advance to any and all Zera’s out there) specifically because I wanted it to hew close to the word zero. It creates an immediate underdog status and we all love to root for an underdog. But in defiance of that underdog status, my main character hates her given name and instead goes by Zee. Just the sound of the letter. Short. Simple. Pointed. Stubborn, even. Much like Zee. It was a way to control a name she did not pick and does not like.

Not terribly to be honest. I think she’d be more surprised that I wrote so many other stories before finally realizing that middle grade horror was my childhood favorite and that’s what I should be doing. But also I think she would understand why I strayed so far from it. She would vividly remember the way people questioned her reading choices, her love of all things terrifying. She would remember that there was a level of shaming that happened. That being a horror fan, as a kid, was lonely.

Neither. I find the middle hard. I’m not a plotter, I despise outlines, so when I sit down to write a story, I know how it begins and I know how it ends. Everything in between is subject to change, other than the central character growth. I write this way so I have time to figure out my characters, to play with events, and most of all to allow myself the open space for changing my mind and reversing course. As long as I know where the road ends, I’m willing to try different paths to getting there.

I think most writers infuse their characters with aspects of themselves – at the very least they are our creation after all. I think there is a lot of me in Zee – from her interests, to her world view, to her questionable decision making.

I think ultimately whenever we create a character, be they like us or world’s apart, we are crafting a story for the purpose of engaging in empathy. We are saying to all the strangers in the world, “This is how I feel 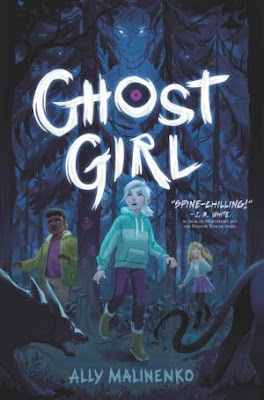 and what I think? Do you?” and we are sending that message out and hoping for the answer to be “Yes. Yes I do.”

Stories are about connection, about weaving a slightly stronger web than we had before we wrote or read or shared something.

Art of all kinds has squirreled its way into my work, to be honest, but more than anything it would be music. For Ghost Girl, Zee as a character lived in my head for a long time but I could never find the right story for her. Then I started listening to Nick Cave and the Bad Seeds. At the start of a track called "Tupelo," there is a thunder crash. It was in that moment, ascending the steps of the subway and hearing that crash that this story started to take place. There was a storm. People were missing. And a stranger with ill intentions had come to town.

The influence grew from there. There are, at printing, seventeen references to Nick Cave’s lyrics in Ghost Girl.