Cookie Hiponia was born in the Philippines and immigrated to America when she was nine years old. As the mother of children born into two cultures, Hiponia had spent years searching for books that reflect her family’s experience. When she couldn’t find such a 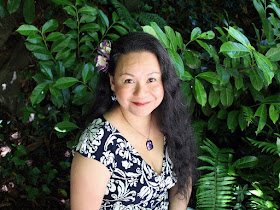 book, Hiponia heeded Toni Morrison and wrote the book she wanted to read with her daughters. We Belong is that book, a semi-autobiographical middle grade novel-in-verse about the Pilipina/o/x American immigrant experience that weaves in Tagalog cosmic mythology. It’s in bookstores under Hiponia’s other name “Cookie Hiponia Everman.” Hiponia lives in Seattle with her family.

I chose the title We Belong because it conveys the main theme of my book. You instantly know what it's about by the title alone.

My teenaged self would never have thought she could write about abuse and trauma in a compassionate way. Maybe that's because my teenaged self was still in the midst of the trauma.

Neither? Both? I don't write linearly; I don't know if something I write will be the beginning or the ending until it's all done. 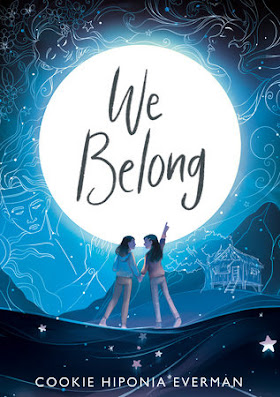 In much the same way that all the animal characters in A.A. Milne's Winnie the Pooh books was an extension of Christopher Robin, the boy protagonist, all my characters are extensions of me. I often write my stories as "medicine," in the tradition of North American Indigenous and First Nations peoples. Each character is an aspect of me, grappling with and healing whatever that character is going through.

Music is the biggest inspiration for my writing. When I draft a novel, I also start drafting an Original Soundtrack Spotify playlist. I tack up a bunch of post-it notes that I've collated of the ideas for a novel, and then put my entire Spotify discography on shuffle. When a song strikes me as having the exact emotional tone I'm trying to hit with a chapter or scene in the book, I add that to the OST. As I get more ideas for emotional beats from songs, I add them to the OST playlist. When I start drafting in earnest, I play the OST playlist and write, rearranging the songs as the story develops. It's organized chaos, but it works.