Lena Nguyen is a writer of speculative fiction and fantasy. She was raised in Phoenix, Arizona and has studied writing all over the world---including at Stanford, Brown, Harvard, and UCLA. She holds an M.F.A. in fiction from Cornell University, where she also 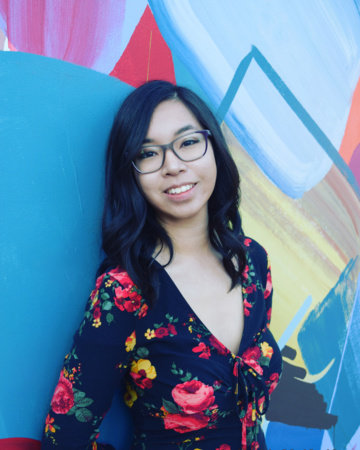 Nguyen's career has been dedicated to writing. Along with lecturing and teaching, she has worked as a researcher of science fiction; a literary novel judge; a creative consultant; a copy editor; a developmental editor; a game developer and writer; and an assistant editor of the literary publication EPOCH. Her science fiction has won several awards.

Nguyen's new science fiction thriller is We Have Always Been Here.

We Have Always Been Here was actually originally titled Biophilia, which can be described as "the innate urge to affiliate with other forms of life." I read that phrase in a book somewhere and was fascinated by the wording of it. There was something very alien-sounding and eerie about both the sound of the word and its meaning, which I thought captured the themes and atmosphere of the novel very well. The book is preoccupied with questions of what "life" is, especially in the context of artificial intelligence and androids. The main character, Park, is almost inexplicably drawn to robots and is fascinated by their psychology and inner lives, while most of the other characters refuse to see their clockwork mechanisms as any kind of life at all. This forms the crux of the conflict of the novel.

However, my writing mentor at the time informed me that Biophilia is both an ugly title and too obscure to really capture reader attention or convey what the book is really about. So I changed it to We Have Always Been Here, which is something the major android character says to Park in the first chapter. She asks, "Are we here?" in that she's inquiring if they've finally reached their destination; the android, being very cryptically literal in his interpretation of questions, responds, "We have always been here." (As in, they have always existed in this plane of existence and have never left it.) I think the title is interesting and complex enough to tease out a lot of the questions the novel poses: namely, it makes you wonder who the 'we' is referring to, as well as the 'here'... Is it a state of mind, a presence, an android, an alien, all of humanity? The title makes you want to find out!

I chose "Grace Park" as the main character's name for a few different reasons, though her surname, Park, came first. All of the crewmembers in the novel are referred to by their surnames, with one notable exception, and the androids go by mononyms, which makes the human names start to blend in with the android ones. Referring to the humans only by their surnames almost dehumanizes them: I think you automatically relate more to a "Bobby" or a "Rick," but calling someone just "Nguyen" feels distancing, which is what I wanted to capture. In addition, the sound of "Park" sort of began to capture the flat, clinical, brusque nature of the character after enough repetition: it's very short, which she is with other people, and she even comments on the irony of how her name could be interpreted as an open, sunny space (which she is very much not).

I gave her the first name "Grace" because I wanted it to be jarring to the reader when they finally heard it for the first time: Park is associated with awkwardness, introversion, and paranoia, and graceful she is not. There's also some Biblical and religious wordplay that comes into play with her first name later in the book, but I'll leave that for readers to see for themselves.

I think my teenage self would be extremely surprised to see that my first novel is a science fiction thriller. Growing up, I was a hardcore fantasy reader, to the point where I don't think I read very much else. I would have been shocked as a teenager to see that I wrote something about space and robots and science, rather than a story with magic and swords and romance!

I find it infinitely harder to write beginnings. I think I wrote the ending to We Have Always Been Here extremely early in the writing process, and it didn't change at all, plot-wise, throughout the entire creation of the manuscript, only getting tweaked for prose reasons. But I changed the beginning of the book at least six or seven times, rewriting it over and over again from scratch. I think I just find beginnings so much more intimidating. They're your hook, your first impression to the reader, your first introduction to the world and characters. You need to give just enough context so that people can figure out what's going on, but not so much that the story is horribly bogged down and boring, but not so rapidfire that things are disorientating and confusing. It's a difficult balance to strike, especially when you're setting up the puzzle pieces of a mystery!

This is a good question. Generally, my protagonists are fairly similar to me in personality (or at least to my idealized version of me). However, Park was the first character that I thought was vastly different in both temperament and thought process: on the surface, she's extremely disparate from how I behave in real life.

However, with some introspection, I've come to realize that, while we're very dissimilar in general personalities, I think a lot of Park's mindset stemmed from my own state of mind during the time that I was 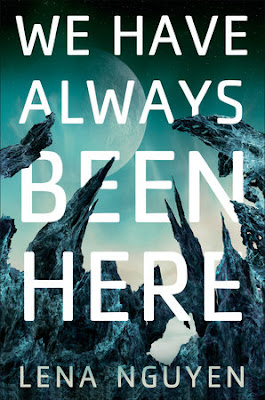 writing her. She's a snapshot of my life at that particular moment, though not a window into my overall personality or soul. I tend to think I'm talkative, confident, social, and charismatic; Park is cold, independent, abrasive, and sharp. But looking back, I think her isolation, awkwardness, and homesickness for others was a reflection of my own feelings, since I was in this icy, wintry foreign place missing my friends and family; her feelings of being an outsider looking in probably pulled from my own. But I'm back home among loved ones now, so she feels more separate from me every day. Still, she's an interesting peek into my psychology from that time!

I think the biggest non-literary inspirations for We Have Always Been Here were definitely films, namely I, Robot, Alien, and Ex Machina. I also listened to "Space Song" by the band Beach House--set to a fan-made video edited from clips of 2001: A Space Odyssey--over and over on repeat when I was in the trenches with the book!

The Page 69 Test: We Have Always Been Here.