Bethany Ball was born in Detroit and lives in New York with her family.

She is the author of What To Do About The Solomons and The Pessimists. 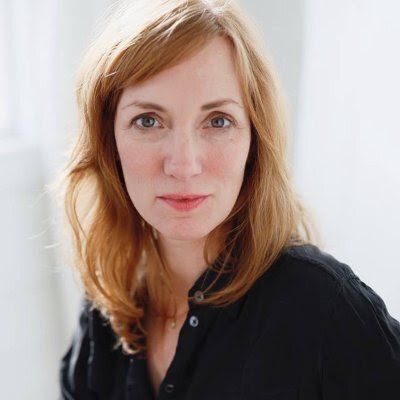 Unconsciously I was probably thinking of titles like The Corrections, The Sympathizer, The Immortalists etc. I love how a title like that seems to stand tall and wide with hands on hips and takes a stance. I felt like I was attempting to sum up at least a small portion and a snapshot in time of a generation—Gen X. And it is indeed descriptive of the book. Many Americans have felt increasingly pessimistic since at least the Great Recession in 2008. And I myself fought pessimism every day that Donald Trump was president. On the other hand, I like to end novels with hope. In my last novel, I quote an Arabic aphorism: one day of honey, one day of onion. I try to end a book with a little honey if possible.

I was really influenced by the time my father became Karl Malden’s Sekulovich in a movie filmed in my father’s newsroom. Sekulovich was Malden’s real name, his father’s name, and he made sure to insert it in every film he made. The bit role my father had was Malden’s Sekulovich. In the same vein, I made a little vow to myself as an homage to my late southern mom to name at least one main protagonist after someplace in the south. Carolyn in my first book and Virginia in my second. Beyond that, names are incredibly important to me. I always want to get a name bang on. I think they tell so much about a character, where they were born, who their parents were, socioeconomic class, the hopes and dreams of their parents. Virginia is married to a guy named Tripp Powers. I sort of expected someone to tell me I couldn’t do that, that his name was too ridiculous. His real name is Travis. It was important for me to let the reader know that almost as an aside. Tripp Powers is about as Dickinsinian as I will get with a name but I think it works in a lot of real life ways.

Writing was the only thing I was good at and it was the only activity in my life I did consistently. I was an awful awful student but I kept getting the highest scores on my writing assessment. Higher than anyone in the school. It didn’t matter much though, my guidance counselor still tried to place me in remedial English. Not that I’m bitter or anything. Fortunately I had wonderful teachers in my public school system: Ms. Zizka, Ms. Stonehouse, Ms. Downey, Ms Murley to name a few. They saw through my terrible academic record and supported me anyway.

Beginnings are incredibly difficult. You have to get the tone and voice right or the piece has no momentum. Landings are hard but beginnings are nearly impossible. I worry and work over the beginning much more. It’s like curb appeal. It might in fact not be the most important part of the book but no one is going to enter the realm of the book unless you entice them in. A reader might forgive a less than perfect ending but they will never get past a bad beginning.

I like to say that I share a lot of negative attributes with my characters. This makes writing characters sort of delicious and fun. In The Pessimists, my character Gunter wants the most un-cool cool car in 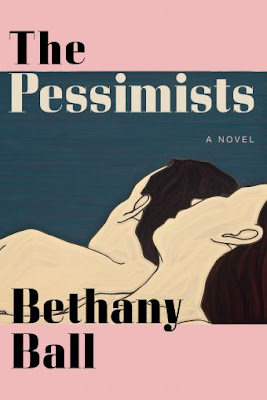 the world, the Mercedes G-Wagon. He wants luxury and to be high up and look down on everyone while he drives. I’m very sorry to say I share this desire with Gunter and in fact, my editor shared in the margins that she felt just the same way! It was fun to explore this dumb desire and kind of make fun of myself through Gunter. There are others but that’s the only one I’ll cop to here!

Most definitely music. I sang in a choir all through school and in college. My father sang in a professional choir in Detroit and I spent my childhood attending his concerts. I love music more than any other art form. For me writing must have rhythm for it to work. There are slow rhythms and fast. Loud, quiet, and silence.

My second inspiration is tennis. My son is a division one tennis player and I picked up the sport about seven years ago. I spent many years of weekends watching tournaments in tony parts of Connecticut, New Jersey, and New York. I play on a team and have been to the most elite country clubs around. Places filled with what Tom Wolfe called “the Masters of the Universe.” Some of the conversations I overheard definitely inspired The Pessimists. As an introvert writer who spends a lot of time alone, playing sports on a team forced me to get out and interact with people, many of whom I otherwise never would have met and I’ve grown to love.

The Page 69 Test: What To Do About The Solomons.