Georgie Blalock is a history and movie buff who loves combining her different passions through historical fiction, and a healthy dose of period piece films. When not writing, she can be found 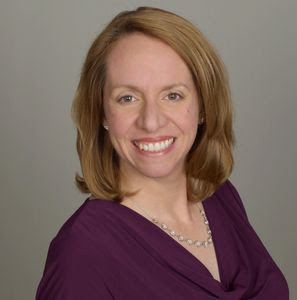 prowling the non-fiction history section of the library or the British film listings on Netflix or in the dojo training for her next karate black belt rank. Blalock also writes historical romance under the name Georgie Lee.

Her latest novel is The Last Debutantes.

The title works pretty hard to take readers into the story. The Last Debutantes is set in 1939, during the last debutante season before World War II. Once war breaks out, many things, including the lives and futures of the debutantes, change forever. The title indicates that the 1939 Season was the last one of normalcy before everything changed. Although the debutante tradition would return after World War II, the war and the world that had spawned that tradition was, like the debutantes, irrevocably altered. These were the last debutantes to celebrate their entry into society in this way.

I didn’t have much choice in naming Valerie de Vere Cole because she is a real person. She was the niece of British Prime Minister Neville Chamberlain and lived with Mr. and Mrs. Chamberlain at No. 10 Downing Street where she celebrated her debutante season in 1939. However, I did choose to use the more formal version of her name, Valerie de Vere Cole. In the newspapers of the time, she was only referred to as Valerie Cole. Her father’s name was Horace de Vere Cole and he had 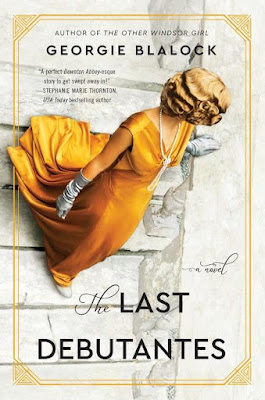 an impressive lineage that included ties to the Earl of Oxford. I decided to add the de Vere to Valerie’s name to give her a more aristocratic flavor.

I find it harder to write endings rather than beginnings. With most of my novels, the opening scene is the first thing that comes to me, and it sets the tone for the rest of the story. The end comes after a great deal of research and time spent with the characters. Once I better understand the story, and the historical characters’ lives and world then it is easier to write the end. The end is more likely to change depending on the direction the story, characters and historical research take me.

I do see some of myself in the characters because my deadline for finishing The Last Debutantes was June 2020. My writing schedule for March through June was well sketched out and, as we all know, the universe had other plans. It was a very unique experience to write during such a stressful and uncertain time and it allowed me to better relate to the debutantes who were doing their best to carry on with their normal lives while also living though very uncertain times.

My Book, The Movie: The Other Windsor Girl.

The Page 69 Test: The Other Windsor Girl.

My Book, The Movie: The Last Debutantes.