A son of the Finger Lakes in western New York State, Andrew Welsh-Huggins now calls himself a “proud native adopted Ohioan.” By day, he is a reporter for the Associated Press in Columbus. By earlier in the day, he is the author of seven 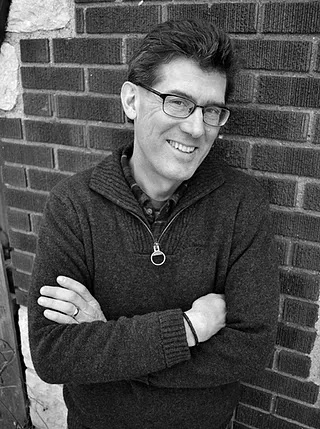 Welsh-Huggins's latest novel in the series is An Empty Grave.

Sometimes I start writing a book with a title in mind, other times I’m not sure of the title and wait for inspiration. For the first book in my series about former Ohio State quarterback turned private eye Andy Hayes, Fourth Down and Out, I went with the pun to telegraph Andy’s troubled back story. The second novel involved an arson fire and I settled on Slow Burn early on. The same went for the fourth novel, The Hunt, about Andy’s search for a missing prostitute. An Empty Grave started life as Dead Run, but it became clear early on that that was only a working name. I settled on the final title after realizing how much of the book focused on secrets and mysterious deaths. In any case, I always aim for something punchy that will catch a browsing reader’s attention but that also doesn’t give away the plot.

Normally, I choose character names in unromantic fashion, by mixing and matching names from a 2008 Columbus White Pages phone book (remember those?) that I keep close at hand. That’s how I started with Hillary Quinne, the female private eye whom Andy encounters in An Empty Grave. In this case, though, I tinkered with her name a few times. I knew she would be a professional rival with some romantic undercurrents, and someone who will likely make return appearances, and so I wanted a memorable name that conveyed power and intrigue.

I don’t think he’d be surprised by the crime fiction elements since I’ve loved mysteries since I was a kid and was sneaking my mom’s Perry Mason paperbacks off the shelf. He’d probably be a little wide-eyed at the idea of a character with a football background, however, since organized sports were never my thing.

I’m a proponent of a strong opening chapter, both from the obvious perspective of hooking a reader early and the understanding (gleaned from multiple book events 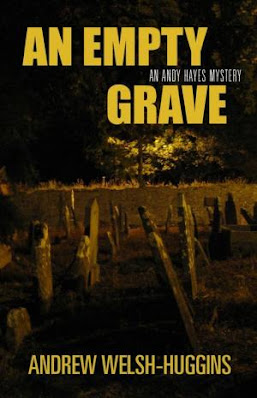 over the years) that I’ll probably end up reading that aloud frequently, so it needs to be solid. As a result, I tend to revise that opener a lot.

My character, Andy Hayes, is both my alter ego and a fictional version of myself. No one calls him Andrew and no one calls me Andy. I’m a former small college track runner; he’s an ex-major university college football star. He’s been divorced twice and can’t manage a steady girlfriend while I’ve been married nearly forty years to my wife, Pam. He’s a dog guy, I’m a cat person, etc. On the other hand, we share the same sense of humor, read a lot of the same books, approach life with a similar level of skepticism, and have equally low thresholds for tolerating BS. I’m not sure how well we’d get along in real life, but I think I’d enjoy having a beer with the guy from time to time.

My Book, The Movie:: An Empty Grave.