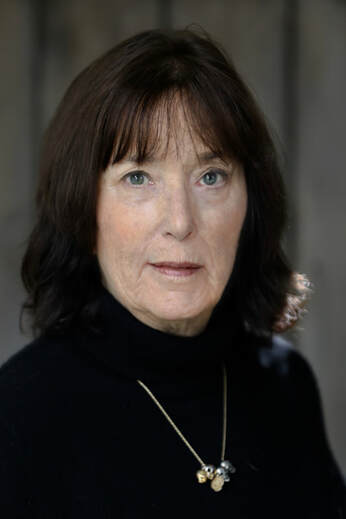 She lives in Los Angeles with her husband, novelist Thomas Perry.

They have two adult children. Their three cats and two dogs are rescues.

“Pure” comes from the Latin Latin “purus” –– "clean, clear; unmixed; unadorned; chaste, undefiled." Pure is a mysterious title, but its associations and meanings illuminate the novel from beginning to end. The title arrived with the idea––a volunteer in a Jewish burial society who encounters a body of a woman she suspects was murdered. Jewish burial societies (Muslims have a similar burial prep) prepare bodies for burial by performing tahara, a ritual washing which returns the dead to newborn purity.

“Pure” is also an intensifier, i.e., it can mean unadulterated or unalloyed as in “pure joy” or “pure misery.” “Pure” has goodness-connotations, too, and my protagonist is trying to find a path to goodness. And the novel takes place during the pandemic lockdown in Los Angeles, there is always the threat of contamination, constant masking and unmasking and imposed isolation as strategies to remain uninfected/pure.

“Lieb” means “love.” “Lieb” is both an ironic and unironic name for Ascher who must to solve a murder alone and loveless. But Ascher receives love from unexpected sources and she bestows love, too. Ascher’s name also announces her Jewish heritage (it’s a Jewish tradition to name children after someone who died), and carries an slightly archaic, uncomfortable heaviness that fits her situation: Ascher has been parentless for some time when her only relative, her beloved aunt, dies. Family and the absence of family weigh her down as she makes her way through the locked-down world seeking the truth for the dead woman and for herself.

How surprised would your teenaged reader self be by your novel?

I recently crossed over into a new decade––a big one––yet my ever-receding-in-time teenaged self still resides inside my head. Is she a lens or a vestige? Or am I still somehow still that girl––self-doubting, first-person-writing, smart-ass drawn to the sly and the dark––but with more layers, tons of baggage? I’m not sure, but I think that my late-teens self would feel a kinship with Ascher. They are both awkward outsiders. Both have the only-child fear of being parentless. Both write. Both find ways to evade hard truths.

So, I think my teenaged self would probably love Pure.

In my experience, the beginning of a book provokes and contains its ending. I’m not saying I know the ending right away––I don’t. The ending is hidden––but it’s dimly, distantly there––a feeling, a mood, a question. So, what I do is intuit my way to the ending. I don’t outline, so mine is not an orderly process delivering me to the final page. I feel my way. Characters appear on the page. Characters dissolve. Stuff happens to them and between them. They surprise me. They lead me in new directions, then take me finally to the place where they’ve been going all along—The End.

I revise constantly and then revise my revisions, but I rework the early parts of a book more than I do the closing.

Yes. And yes. I recognize aspects of personality and my experience in my characters, but they are separate from me. My Dead series is about a murdered man and a dead dog he encounters in the afterlife who return to the living world to solve his murder, and later to help the meek and the exploited. Rescuing a dog dumped in a Home Depot parking lot was the experience that informed the first book in the series, Dead Is Better. That dog changed me and my life just as the dog in the novel whom the dead man names Rose, changes him and his afterlife. But I am not my human protagonist, Charlie––he’s got his own problems to work out. And I am not, though I wish I were, deeply wise and sweet as Rose.

Ascher is only my second female protagonist (Everything Happens, a novella, has the first) and she is my first first-person narrator, so I suspect that aspects of my personal experience have seeped into her character and into the story more often than in the other books.

Writing a novel is building a world, then populating it. Unless the writer is living an extraordinary life, that world must be a world apart from the writer’s world to be interesting or surprising. To create this new world, the writer uses everything she knows, every person she’s met, every experience, and every fear, every joy, accident, or trauma she has lived.

But in my books I also investigate/interrogate my personal preoccupations: In the Dead series, it’s mortality. In Pure, it’s what Robert Frost described as “what to make of a diminished thing.” Besides solving a murder–if there was a murder–Ascher must 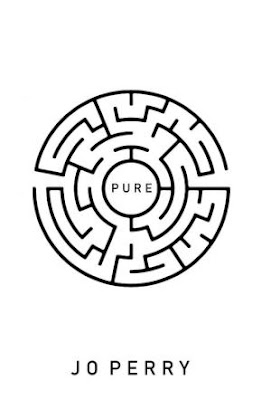 find the truth of the dead woman and her own truth. She must find a way to get past failure, to live with loss, and how to love her less-than-purely-good self in a world roiled by racial and ethnic hatred.

Problems I feel powerless to solve or understand and questions I can’t answer inspire my novels. I have been interested in antisemitism and death for some time now. But my family and current events have also inspired me.

As my son went through Jewish chaplaincy school, his deepening connection to and knowledge of Judaism enriched my own understanding of the religious tradition into which I was born. I became moved and inspired by Jewish death rituals which inspired Pure. As I was writing it, my son helped me by translating prayers, answering all sorts of questions, leading me to texts that illuminated the Jewish concept of the soul and its journey from life to the afterlife, the requirement for the living respect, guard and care for the dead, and the selfless good deed that is tahara, the ritual preparation and purification of the body before burial. The chaplains and Jewish burial society volunteers who worked to care for the living and the dead of the Surfside collapse were a recent reminder to me that questions about death, the soul and the afterlife are universal and always relevant––even to a nonobservant, Jewish atheist like me.

I realized with a start long after I finished Pure that two hate-inspired defenestration murders in Paris that I forgot reading about must have unconsciously shaped the novel. It shocks me a little that I had no memory at all of Sarah Halimi’s or Mireille Knoll’s murders while writing, but I was reminded of both when they returned to French headlines after I’d finished the book. Clearly, though, these murders influenced events in the book.

Coffee with a Canine: Jo Perry & Lola and Lucy.

My Book, The Movie: Dead is Better.

My Book, The Movie: Dead is Best.

My Book, The Movie: Dead Is Good.

The Page 69 Test: Dead is Beautiful.

My Book, The Movie: Dead is Beautiful.

My Book, The Movie: Pure.