M. J. Kuhn is a fantasy writer by night and a mild-mannered office worker by day. She lives in the Midwest with her husband, a puppy named Wrex, and a cat named Thorin Oakenshield. 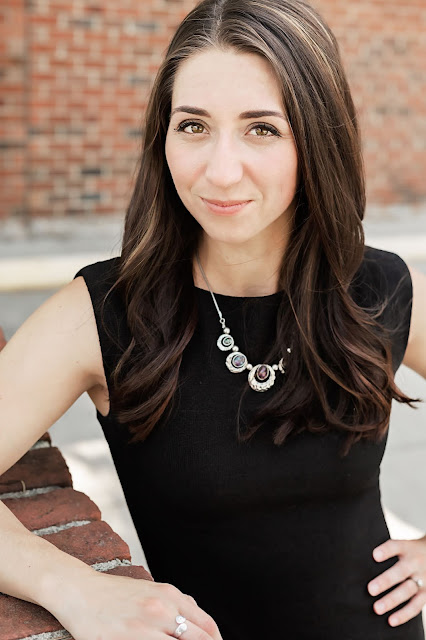 Less than a year into her life as a full-time office-worker she began using her nights and lunch breaks to work on her first novel, and she hasn’t looked back since.

When she isn’t reading or writing you can find her playing the piano, weightlifting, or anxiously awaiting the next installment of George R. R. Martin’s A Song of Ice and Fire.

Kuhn's new novel is Among Thieves.

The plot centers around a mercenary named Ryia, but it is ultimately the tale of six thieves teaming up to steal a magical artifact… while each thief secretly plots their own betrayal. They all have their own designs for the heist’s loot, and the multi-perspective story will have readers wondering who will be victorious in the end.

I’m hoping the title calls to mind both the obvious meaning (thieves), and the implied meaning of these commonly used and misused idioms. Are the characters in the story to be trusted? Do they have any sense of loyalty or honor? The reader will find out as the story unfolds.

My teenage-reader-self would be thrilled with my novel, I think. Shocker - it’s exactly my taste! I have been obsessed with heist stories since around my teenage years (high school and on), so I think my teen self would be tickled that I managed to pull off a heist novel myself.

Also, it’s been my dream to see a book I wrote on the shelf at a bookstore since I was in elementary school, so this entire experience is really just a dream-come-true for my younger self.

My characters are all incredibly different from me. In reality I am not a sword-fighter, or a mercenary, or even a bold enough person to say half of the sassy remarks you’ll find in the pages of Among Thieves. However, I do still insert bits of myself into the characters as I breathe life into them. If it’s possible to write without doing so, I haven’t figured it out yet!

I may give a character one of my own fears, or make them wrestle with a flaw I also have. I think this is part of the reason why sharing a book with the world is so difficult sometimes. Yes, it’s fiction! The story is fake, the characters are not directly based on any real people, it’s all make-believe. But my own heart beats alongside the heart of the story, which makes sharing it an incredibly vulnerable act.

I am influenced by all of my experiences, to some degree, but I know that’s not a very satisfying answer!

I’ll try to be a little more specific and center my inspirations around Among Thieves. Let’s kick things off with the obvious: My obsession with heist films such as the Oceans 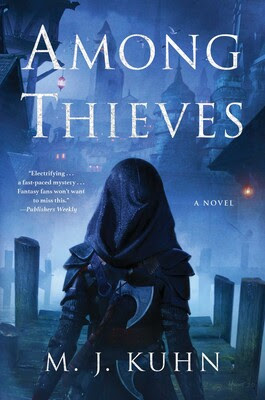 franchise, and The Italian Job definitely inspired me to write a heist story of my own.

My inspiration for main characters who weren’t exactly knights in shining armor came from many different places, but I think I was inspired largely by video games, specifically Mass Effect. In the Mass Effect franchise, the player has the option to make the main character either a hero or an antihero. During my first playthrough, the antihero option was so much more interesting to me that I definitely latched onto the idea of morally gray characters at that point in time.

Lastly, I was inspired by my enduring love of fantasy films and television shows. Peter Jackson’s The Lord of the Rings films (and of course, the original literary source material) have been an obsession of mine throughout my life. I was also fascinated by the twists, turns, and betrayals of George R. R. Martin’s A Song of Ice and Fire, and (to some extent) the HBO adaptation, Game of Thrones. There is so much wonderful fantasy and sci-fi content out in the world these days, and I am definitely thankful for it!